All four were killed. But instead of receiving jail time, a juvenile court judge sentenced the teen to just ten months of substance abuse therapy. How did he get off? He claimed affluenza. Apparently, affluenza is a condition in which a young person is so spoiled by his parents that he cannot be held accountable for his actions.

The affected suffers from being too affluent! You heard that right. Never mind that he and his friends had stolen the very alcohol that filled his veins the night of the accident. Apparently, Ethan is just a mechanical organism capable of responding accordingly to stimuli and conditions that are out of his control. Apparently, he cannot really make decisions at all. What happened that night was fate—naturalism at work.

It was just meant to be. Who are we to hold this poor kid accountable? For those outside of the body of Christ, fatalism seems to be the only viable mind-set amid such chaos; young Ethan was simply acting out his programming based on his environment. But too many churches have also allowed this deterministic thinking to infiltrate their pews, pulpits, and ministries. Why is this? Again, many Christians are simply overwhelmed by the evil in the world and therefore feel like nothing they do can effect change.

For others, fate brings comfort because it relieves them of their responsibility to act. If everything is predetermined, then what good would it do to serve others? Why should one care for orphans and widows? Yet another reason is bad theology. Some churches teach fatalism as a core belief. No matter how one arrives at fatalism, the mentality is ungodly for the Christ follower.

How do I know? Jesus taught something radically different. Believe it or not, Jesus addressed this very question in a series of parables, miracles, and object lessons directed at his disciples.


This trip would typically take five to six days, and due to the uneven terrain of Israel, would require some zigzagging around mountains. First, the group would head south toward Samaria before turning east to cross the Jordan River. It was not uncommon to continue south through Samaria—doing so shaved off a full day of travel time[8]—but the ultra-religious avoided the territory if at all possible.

Jews and Samaritans did not get along, and the Pharisees preferred to bypass the region altogether. Jesus, it appears, had planned to use the Samaria route, but the Samaritans rejected him because he had his eyes set on Jerusalem. After crossing the river, they would travel due south through the valley until almost reaching the Dead Sea. At that point, they would turn back west, crossing the river again toward Jericho and then continuing through Jericho to Jerusalem where Jesus would enter riding a donkey and be greeted by hosannas and palm branches.

A week later, he would be dead.

Jesus seems obsessed with the subject. His ministry is coming to a close and his death is imminent. Soon, the kingdom would be in the hands of his ragtag group of disciples. Jesus knew his followers would soon face persecution, and they would need resilient faith to persist through such adversity. Their journey from Capernaum to Jerusalem was the last opportunity Jesus would have on earth to instill in his disciples whatever wisdom or instruction they would need.

These were the last lessons of Christ, and they almost exclusively centered on faith. He sent them out in twos as training for ministry. When they messed up, the Lord was there to correct them. Certainly, Jesus had been teaching the disciples about faith all through his earthly ministry. The Twelve were flabbergasted at this statement, insisting such a task was impossible. But Jesus demonstrated that with faith, feeding the crowd was indeed possible.

In addition to miracles, Jesus told parables about faith like the analogy of the mustard seed. The smallest of seeds, he said, yields the largest of trees, just as a small amount of faith can lead to enormous results. Without a doubt, Jesus taught the disciples about faith for the duration of his three-year ministry. However, these last few moments before the triumphal entry were critical teaching moments Jesus used to help solidify their trust in their Lord before the storm of the crucifixion set in. In stark contrast to helplessness and hopelessness, Jesus taught His disciples about the importance of faith.

Too many of us, whipped by the world, have reduced faith to a passive belief in something beyond ourselves. But Jesus taught a faith with power and agency, faith that can move mountains. We submit that things can change and that we can change them. We believe your faith matters. With this book, through the filter of these last lessons of Jesus, we intend to cast a new light on societal ills so that when faced with them, you will feel hope rather than resignation.

When we pick up with Jesus, he is somewhere between Galilee and Samaria[11]—near the beginning of his trip. So how would you live your life if you truly believed you could effect change? If you bought into the reality that the universe is not controlled by fate? That your actions, your decisions, your beliefs, and your faith do make a difference? What if I told you that you can be an instrument of change, a person who helps push back darkness and defeats evil? The final chapter of Revelation has already been written, and Jesus will return to judge the living and the dead.

Of course He does, but foreknowledge does not equal causation. As with so many people in the Scriptures—Noah, Abraham, Moses, Joseph, Esther, Mary, and many more—God wants to use you to effect positive change for the kingdom. Just as Jesus concerned himself with building up the faith of his disciples, he also cares deeply about the development of your faith.

God wants to use you to build his kingdom, but to be his instrument, it will require one thing above all: faith. In recent years I have become increasingly aware of something missing—a deep and true connection to life, a sense of wonder that I once took for granted. This is what set me on my quest, searching among those roots to find what I have lost. We are a society of seekers. While polls report more people saying they attend church today than did ten years ago, mainstream Christian denominations are in decline.

Somewhat ironically, however, many people who do come back to some form of organized religion after having rejected it do so to expose their children to religious instruction—the same instruction, oftentimes, that they spent years rejecting and that they no longer believe! People today strive to find meaning in their lives with no clear sense of where to turn for help. John Shelby Spong, addresses much of his written work to such people.

We are not able to endure the mental lobotomy that one suspects is the fate of those who project themselves as the unquestioning religious citizens of our age. We do not want to be among those who fear that if we think about what we say about God, either our minds will close down or our faith will explode. We are not drawn to those increasingly defensive religious answers of our generation.

Nor are we willing to pretend that these ancient words still have power and meaning for us if they do not. We wonder if it is still possible to be a believer and a citizen of our century at the same time. We are willing—even eager—to listen to the teachings of Tibetan lamas, Hindu avatars, and Mexican shamans, yet hesitant—even resistant—to open ourselves to the wisdom of the Hebrew prophets or the Christian Gospels.

When it comes to Christianity, many of us have not only thrown out the baby with the bathwater, but also have tossed out the tub, shut off the lights, and walked out of the house, locking the door behind us. I understand these hesitations. When I began thinking about Jesus again, I realized I was afraid. I know the dangers: the history of oppression and persecution in the name of the Church, the authoritarian impulses of the religious right, the superstitious and anti-intellectual and just plain bigoted behaviors of many who call themselves Christians.

All this ran through my mind and froze my heart when I approached what I have come to recognize as the Mystery. A colleague once spoke of his reluctance to tell his committee on ministry about his decision to try beginning each day with prayer. I know how he feels. When I sit down on my cushion in the morning to pray or meditate, I hope nobody sees me. If anybody could get away with prayer and meditation, with taking time to study and contemplate scriptures, it should be me. 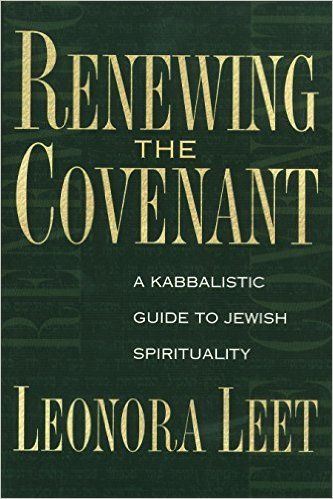 How hard it must be for others in my congregation who feel this yearning, this hunger, this calling to engage life at its deepest and most profound.